A Dream that remains 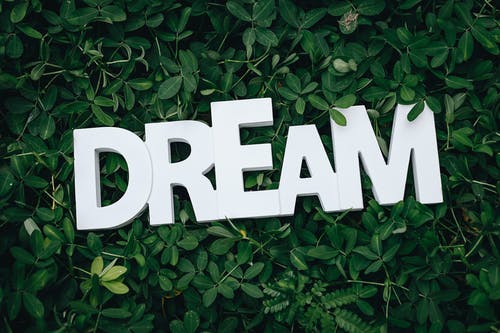 My friend, Rajan, completed his graduation in law here in Pune in the late 1960s.  While in College he was an active participant in debates and staging plays. Thereafter he was in Moscow for some years, pursuing further studies at the Patrice Lumumba University. In the year 1971, he returned to India. Rajan was connected with a theatre group in the city which had a reasonable record of staging good plays. Differences cropped up in this theatre group, when a new play was being considered for performance. This play was about some historical events and personalities who inhabited this city, in the period just prior to the arrival of the British. It was based on some archival material. The major objection of the people who were opposed to this play was that it showed the historical personalities and a particular community in poor light.  Rajan and some of his friends contested this view. The play in fact resonated in the current context then and even now.  Rajan and associates waded into this nascent controversy. They insisted on taking up this play for rehearsals.

In 1972, the theatre group split on this issue. Rajan and associates went ahead with their plan of action, running a gauntlet of opposition. Rajan essayed the central role in this play to great acclaim. Once staged, the play was a great success. This play went on to stage many performances across the country. This success prompted the opponents to take more aggressive stance against the play. Political outfits joined the on-going controversy. In spite of all this mounting opposition, the play continued its dream run. The troupe successfully toured Europe, America and other countries. The play was made into a film in 1976.

One of Gurudutt’s famous films, Pyasa, which I and Rajan had seen together, left a deep impression in our minds.

Briefly, Gurudutt’s film was about a poet of extraordinary vision. Everybody walks over him. He is taken for dead when he attempts suicide but survives. He gets pushed into a lunatic asylum and is betrayed by friends and relatives. The poet finds humanity alive among the most deprived sections of the people; and that helps him to escape from the lunatic asylum!  The poet returns to the ordinary world miraculously. He prefers to ignore the fame and riches knocking at his door and chooses to live with humane people. He walks away from riches to rags again; and into the twilight with his lady love, a street-walker, whom he happened to know.

What intrigued me was the question: where could this poet go? I shared this thought with Rajan. We dreamt of doing a sequel to this film. We tried to act upon this dream now and then. But it remained a dream.

Rajan the thespian, at the height of his popularity, toyed with the idea of turning a sequel to the above film into a play; since making a full-length feature film was way beyond our means.

We worked out the essential elements of this proposal. Here are some excerpts from the note I submitted to the story discussion group.

Vijay, he protagonist in Gurudutt’s film and Gulab, Vijay’s companion; walk into a working-class settlement in an industrial area.

Across the high wall that separates the working-class slum from industrial area is a large manufacturing unit built in the days of Second World War II by the British. It now belongs to a leading industrial house. This business house has a reputation of being managed by teams of qualified professionals. It has factories in many regions across the country.

Vijay and Gulab, with the help of other kindred spirits in the area, start a school for the working-class children in a tin shed.

In this school, after the lessons in alphabets and sums are over, the children are taught art and craft, music, dance, theatre…everything they could manage; and the children take to the new learning process like duck takes to water.

Trouble erupts when the management of the manufacturing unit, rejects outright the periodic wage revision proposals tabled by the Union. The workers in all the plants here begin an indefinite strike. Workers of other factories in the adjoining areas extend support through solidarity actions.

The long-drawn strike spawns street theatre in the working-class area.

The poet Vijay morphs into a playwright in our play, during the long strike. His plays sparkle with remarkable poems.

As it is the story about a playwright, pepper the play with glimpses of the protagonist’s plays within the play.

My note found general acceptance in the story group. Differences arose on how to conclude the story. I was in favour of this proposed play being the story of another tragic artist mirroring the tragedy of our society not just the artist. Many factors, both forced and unforced, intervened. Eventually this project was shelved, at least for the time being. Rajan was considerably upset over this denouement

In 1975, a state of national Emergency was declared instituting authoritarian rule in the country by ordinance.  This Emergency was touted to be aimed at curbing right-wing elements.  The real target however was the Left political outfits.   Some Left leaders were taken in by this shrewd manoeuvre of the ruling party. Rajan was one of them.  Rajan started campaigning for the ruling party and toured the districts in the region.   Emergency was publicized as a two-pronged war against the extreme Right and the extreme Left elements. In 1977, when the ruling party called snap elections to legitimize its rule by ordinance, this ruse unravelled. The ruling party was decimated at the hustings. This turned out to be a watershed moment in the history of modern India. Rajan had distanced himself from many friends and relatives during his campaign in favour of the ruling party and he took all this as a personal set-back.

During his college days, Rajan had a girl-friend, Sujata. Rajan and Sujata were going steady and were on the verge of getting married. When Rajan returned from Soviet Union, for some reasons best known to him, he decided to marry a girl chosen by his family. Sujata flew away to USA. To put it briefly, Rajan’s marriage turned out to be a misalliance.

After marriage, Rajan began practising law without much success.  Rajan continued to perform as the lead actor in the play popularised by him; but his performance lacked the initial liveliness.  Things began to deteriorate.  In his frustration Rajan took to drinking heavily. In course of time Rajan became an alcoholic. He went for a rehabilitation programme and earnestly tried to revive himself. He went for counselling after his first attempt at suicide failed. Intermittently Rajan seemed to be on a come-back track.

In all probability, multiple factors perhaps began to weigh heavily on Rajan’s mind. Rajan tried to commit to suicide a second time. This failed again due to timely intervention.  Things were never the same again.

Many months passed. Quotidian life was running its course. One fine morning, I received a call from Rajan’s brother.  Rajan’s third attempt at suicide had proved fatal.