Back to Square One

Home » Story Brook » Back to Square One 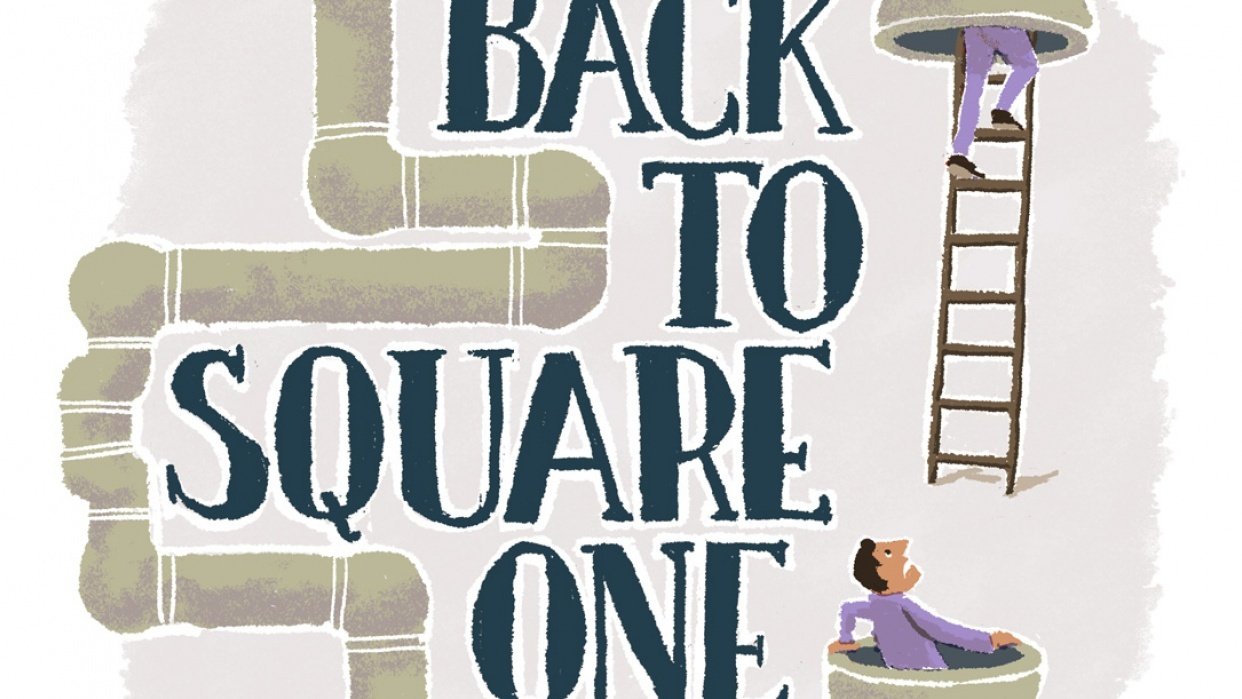 It was a fine Sunday morning. The cool breeze was blowing and the birds were chirping. I was studying for my exam which was scheduled for the next week, while my younger brother, Rishi was still sleeping. My mother entered our room and said, “Rishi, wake up! You have an exam tomorrow. See, Akshay is already awake and studying dedicatedly. Learn something from him. He is so intelligent and hard-working, and you are so lethargic and dull. Now, get up fast!” Our parents always made comparisons between me and Rishi that fuelled a lot of differences between us. Rishi didn’t like me much and always thought himself inferior to me!

[“Sometimes, comparisons made in childhood dwell so deep that their repercussions can be seen even in adulthood!”]

A decade passed and I became a Senior Manager at a well-known US-based MNC, while Rishi opened his shop where he used to sell books. Our parents and society continued to highlight the differences between us that constantly made Rishi jealous of me. But I always observed that our love and affection for each other never faded away! The same year, I got married to Kyra and at this point in time, we were five members in our family – my father, my mother, my younger brother, my wife, and I.

A few months passed after my marriage. It was the month of June. I was sitting with my mother in the balcony discussing the latest dispute my wife, Kyra had with her the previous night. It took a lot of my efforts trying to resolve that intense quarrel that had cropped up between them. My mother said, “Akshay, I can’t tolerate this callous behaviour of Kyra. Either ask her to adjust with our family or leave our house! I seriously can’t withstand the chaos, clash, and conundrum in my house almost every day.” I immediately went to Kyra to know what exactly had happened, and she gave a response that was almost similar to the one given by my mother. I was extremely perturbed and anxious because such kind of arguments between my wife and my mother were getting very frequent and more intense with each passing day. I found myself getting squeezed between the two most important relations of my life!

[“Marriage is always considered an extremely essential institution in one’s life. But at times, this decision takes away peace and delight from one’s life, bringing distress and utter repentance!”]

The very next year, Rishi also got married to Dimple, who apparently turned out to be one of the schoolmates of Kyra. The relations between Kyra and Dimple were always sour throughout their schooling. The ongoing bitter relations with her mother-in-law and the past grudges with Dimple urged Kyra to move out to a separate house! Kyra told me, “Akshay, you have such a great package. We can definitely live separately and purchase our own house by paying EMIs. We are anyways financially independent. Let’s move out of the joint family as soon as possible!” Reluctant to detach from the joint family, I initially agitated but was soon convinced that separation was the only solution to ensure peace in our lives.

[“Sometimes, life makes you stand at such a fork where you get too baffled to decide between the wrong and the right!”]

We finally shifted to a new house and our relations with my mother, father, Rishi, and Dimple got a lot bitter. We stopped talking to them, and years were being passed. Meanwhile, we were blessed with a baby boy, and around the same time, we got the news about Rishi and Dimple becoming the parents as well. There was indeed no communication between the two families. I missed my mother, father, and brother so much but the circumstances were such that the chance of conversations and meetings amongst us became so bleak and almost non-existent! Our son always urged us to meet Rishi uncle but we somehow stopped him every time with our hearts so heavy!

A few more years flew by, and by now my father had already passed away. At this point in time, we witnessed a major upheaval that shook our life and shattered it into fragmented pieces. I suffered a paralysis attack and eventually lost my job. There were dark clouds of financial crunch that started hovering over our life. Household expenses, EMI of my house, my son’s school fees, my medical expenses, and the list went on! Kyra went into depression as my settled job was the only basis on which we had decided to separate ourselves from our joint family. Kyra now realized the value of togetherness, unity, and family. She frowned and said to me, “I will have to work now. There is no other option. We have so many burgeoning expenses and with your extant medical condition, these expenses will definitely go up. I am really nervous about how things will work out! I must start applying for jobs right away!”

[“Sometimes, life purposefully puts you in a situation when you are forced to think about the wrong decisions you had taken in the past!”]

A few days passed. One fine morning, Kyra approached me and said, “I have got a call for an entry-level position from a publishing house. My interview is scheduled tomorrow and I am really nervous.” I replied, “Congratulations Kyra! I know you will definitely crack the interview. Just have faith in yourself. All the best!”

The next day, Kyra went for the interview. She entered the office and got startled on seeing the interviewer. The interviewer was none other than Rishi himself. Rishi had taken his book store to another level over the years and was now a very wealthy entrepreneur. He expanded the business to such an extent that he was now operating a publishing house in the form of a corporate entity. Kyra and Rishi had a long conversation in which Kyra discussed the financial crunch we were facing. Moreover, Rishi told Kyra about the life-threatening disease Dimple was recently diagnosed with, of lately! Rishi told her that Dimple would be hospitalized for a prolonged period of time, and he was extremely worried for his son. There was none to take care of him dedicatedly as our mother also became very weak owing to her old age. They both discussed the gloomy phase that their families were facing at that point in time. Rishi agreed to offer the job opportunity to Kyra. Kyra was extremely hopeful, overwhelmed, and obliged to Rishi.

Upon reaching home, Kyra explained the entire conversation to me in greater detail. As guided by me, after a few minutes, she called Rishi and told him that she, I, and our son were all ready to shift back to our old home if everyone else had no issue with it. She explained that she wanted to be of some help to Rishi’s family while Dimple was undergoing her treatment. Finally, we shifted to our old house after so many years. Our hearts were brimming with emotions and we couldn’t control our tears. We all stood by Rishi and gave immense love to his son so that he didn’t feel solitary at any point!

[“Sometimes, some meetings are destined to happen as a corrective action to wriggle out the errors committed in the past!”]

The bells of destiny began to chime! Kyra, who was an initiator behind the division of the joint family into nuclear ones, became the conduit for bringing the nuclear families back to the joint family. Together, we all were able to withstand the ordeals, hindrances, and challenges effortlessly and came out triumphant. Kyra was now earning well and was able to meet all the family expenses. At the same time, with diligent care, love, and togetherness, Akshay and Dimple came out of their respective life-threatening diseases victoriously. We all started living together and decided never to even think of separation. We all were regretful of our past decisions and were extremely hopeful for the future!

“Life is so complex and uncertain,

Each day it raises a new curtain!

All its struggles can be dealt with surely,

If there is unity and togetherness present truly!”