Speak Up for Truth 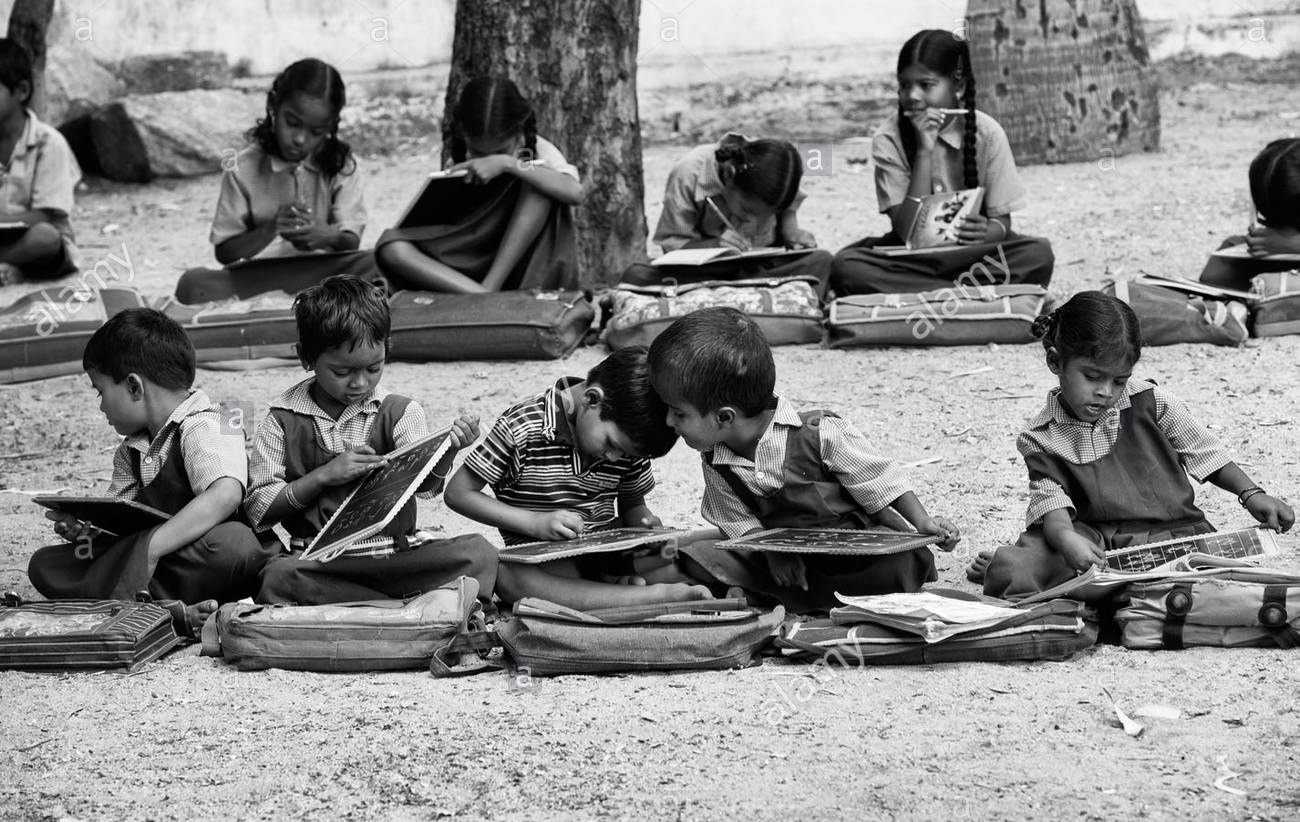 Our school building occupied one corner of a busy square, in a central area of the city. There was a public park just next to our school. Our School was managed by the Association of South Indian diaspora in the city. The governing body of the School was a seven member Committee, The Secretary handled all the affairs of the School and ruled the Committee. The Head Master of our school, touted as a strict disciplinarian, was also known to be rude to both the teachers and students alike.

All the students were from South Indian families, in the neighbourhood. The breadwinners in these families were all fathers, who worked in the various Government Offices in the city, or the military establishments in the nearby Cantonment area. None of the families had any working women then. Ours was a co-education school, but the boys and girls were seated in different divisions. In our school, there were many dedicated and qualified teachers who had turned down lucrative offers to teach for us.

The year was 1960, my final year in the school. It was a pleasant day and time for the morning prayers to begin. The boys and girls were gathering in the school ground, which also doubled up as our playground. A small group of senior girls were near the gate, rushing into the school.

My class room was on the second floor. I was there with my classmates near the balcony overlooking the street. We had left our bags in the class and we were moving along with the stream of boys going down, in a disciplined line, to join the prayer. I and some of my friends could get a view of the entrance from our position in the balcony. As we looked down we could see the senior girls at the entrance. The first bell for prayer rang. The students on the steps and those at the gate quickened their pace to reach the prayer ground in time. Just at that moment, few crackers burst near the girls at gate. The crackers made great noise and the girls were stunned. All movements in the school came to a standstill for a split second and then resumed again with a semblance of nonchalance.

All the students soon assembled in the ground. The teachers, the Head Master and the singers were at one end of the ground, on a raised platform. The students were all standing in rows, with each class forming a row. All the girls were on one side and the boys on the other side. The Head Master of the School, a medium sized, clean shaven, totally bald person in spotless white dhoti-kurta, in his early sixties, stood on the stage with the teachers flanking him. The singers brought up the front on the stage. A grimace adorned the face of the Head Master, as the prayer began. All of us stood to attention when the prayer was sung.

The moment the prayer was over, the Head Master spoke to the assembly. He was visibly upset and angry at the same time. I should rather say he roared, “I want all those students who were near the balcony to come up here”. There was absolute silence, no one spoke. The Head Master thundered again, “I know the students who were there today. I want them to come here on their own.” Again no sound was heard and no one moved. The Head Master then called my classmate, Kartar, the only non-South Indian student in the school, to the stage. Kartar Singh was a tall student, a fine volley-ball player. The Head Master leapt up and slapped Kartar on the face with both his hands several times. Kartar stood there stoically receiving the slaps. The audience was dumbstruck. This went on for quite a while. When it was finally over and we returned to our classes.

The Staff Room for the teachers was near our class room. Later in the day, after the lunch break, I and my friends – Sekar, Murali, Srini, Kumar, Krishnan – passed by the Staff Room. Through the gaps in the door and the window curtains, we could see that some teachers were busy going through their Work Diary. Some others were going through their notes. The Arts Teacher, Inamdar, a tall lean man with aquiline nose was busy drawing with great flourish sketches of Shivaji and his band of soldiers riding horses on the big black board in the room. As we were passing, the Science teacher with curly hair, Chandran sir, emerged from the Staff Room.

Chandran sir called us aside and posed a straight question to us, “Who threw the crackers at the girls?” We were all used to being frank with Chandran sir; but on that particular occasion, we chose to be more guarded. We replied in chorus, “None of us, sir.” Chandran sir was not the one to take no for an answer; he went on, “You were all there on the balcony”. Krishnan ventured to answer hesitatingly, “Sir, we were all there…we didn’t do that”. Chandran sir wanted to dig out the truth and he was persistent. He popped the next question, “Then, who did that?” Now Sekar chose to speak his mind, “Sir, to tell you the truth, the crackers was thrown from the adjacent Park.” Chandran sir was quick to corner us with the remark, “If that’s really the case, why didn’t you speak up.” Kumar replied saying, “Sir HM would not have believed us.” “How can you say that, when you know the truth, you should speak up,” was Chandran sir’s reaction. Our response was, “Sir, we can speak up when we are listened to.” This excuse was not acceptable to Chandran sir. He termed it ‘a lame excuse’. He was emphatic. “You should speak up even when you feel that you are not being listened to, speak up for Truth”, he said definitively. Teachers started coming out of the Staff Room one after the other. Chandran sir then let us go, saying, “It is time for your class, go now.”

Chandran sir taught us General Science. As per the syllabus then, the subject comprised of Physics, Chemistry and Biology. He was one of the teachers very popular among the students. We eagerly looked forward to his lectures. He had a knack for presenting difficult topics in a very simple manner and that was what attracted us to him.

A week later, on the big black board in the Staff Room, we saw a sketch of Chandran sir amidst a gathering of students; and one student was shown as presenting a bouquet to Chandran sir. The title for the sketch read: “Farewell, Chandran sir.” The same day we had a new teacher to teach us Science. Chandran sir had left the School without even a formal farewell. We had no knowledge why he left.

Inamdar sir, the drawing teacher in my school had aroused an interest in the art of sketching and painting in me as well as many other students. He was a professional artist, who contributed to magazines and did book covers. We always approached Inamdar sir to design the cover for our Annual Students Magazine, which we brought out at the time of the Annual Day Celebrations. For the Bharati Day celebrations, Inamdar drew a beautiful a portrait of Tamil poet Bharati. That portrait, done in oil colours on canvas, later adorned our Library. Inamdar would daily draw some great sketches with chalk on the big blackboard in the Staff Room. The compositions he drew on the blackboard always showed many people and were very impressive. However, he never exhibited his works in any gallery during his years in my school. Somehow he failed to get access to that league.

A day or two later, we had a new art teacher. Inamdar sir had also left the school. We really did not know then what transpired in the Teachers’ meetings that were generally held once a week.

During the next month, C Rajagopalchari, or Rajaji as he was called – the ex-Governor General of India and the Chief Minister of Madras Province from 1952 to 1957 – visited our school. On the day of his visit, the school children were asked to assemble in the school ground well before the scheduled time. Rajaji was delayed by many hours but we all stood there in the ground braving the hot sun. At last Rajaji arrived, addressed us briefly for just two minutes.

Naturally Rajaji sensed our predicament and came to know the reasons for our plight. We subsequently learnt that Rajaji rebuked both the Secretary and the Head Master, for putting the children to such hardships, in the presence of some members of the Association who had invited him. Rajaji’s rebuke on that day produced some after-shocks.

A few months later, at the general body meeting of the Association, matters came to a head. The rule of the Secretary was challenged and a new Committee came into existence. The Head Master also went away and a senior teacher replaced him.

It was time for us to leave the school then as we had passed the Secondary School Board Examination. From that time onwards both Chandran sir and Inamdar sir remained a role model for many of us.