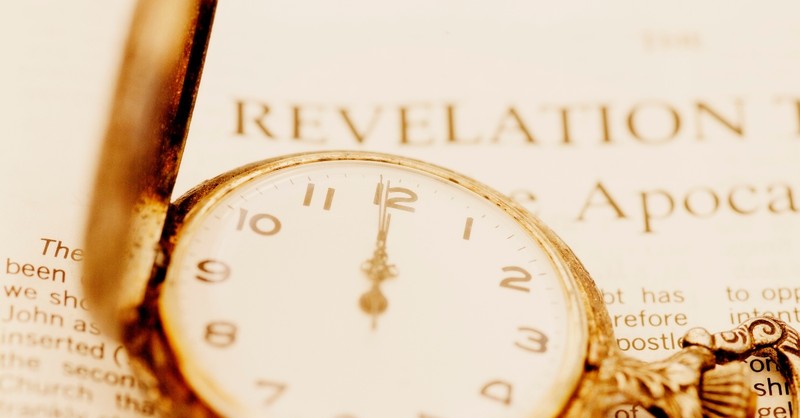 It was the time of the early morning. It was 7 AM precisely. There was too much traffic on the main road of Vikas Puri. So many cars, buses, vans, and bikes! It was raining heavily and there were so many children (wearing raincoats!) running towards a building that was exactly towards the end of the road. The area outside the building was completely waterlogged. There was so much chaos and a conundrum all around. This building was the extremely famous ‘Arjuna Sr. Secondary School’. After a few minutes, a full rainbow emerged in the sky that brought an instant smile to everyone’s face!

Mrs. Luthra, the most experienced faculty, arrived at the school, and there was a pin drop silence all around. She was a PGT Economics, teaching students of Class XI and XII for the past 30 years. That day, she just had one lecture with the students of Class XII. Instead of teaching, she decided to have a career-related discussion with the students. During the lecture, she had a prolonged discussion with the brightest student of the school, Deepshika Chatterjee. As Deepshika was from the Commerce stream, Mrs. Luthra told her, “You should pursue Economics or Chartered Accountancy, if you wish for a bright career.” Deepshika replied, “Ma’am, I am a very creative person. Please suggest a career field that requires a lot of creativity and ingenuity.” Mrs. Luthra frowned and replied, “Deepshika, creativity finds its place only in hobbies. Don’t mix creativity with your career!” Deepshika couldn’t comprehend this properly and the lecture was over by now!

A few days later, Mrs. Luthra was found sitting in the staff room and enjoying a hot cup of coffee. Soon, the activity in charge, Mrs. Bhattacharya entered the staff room to deliberate upon the upcoming „Annual Day‟ event of the school. Mrs. Luthra said to Mrs. Bhattacharya, “Ma’am, please take my daughter, Latika Luthra as the female lead of the play. She is in X- B. I am sure she will exceed your expectations like always and will make everyone proud!” Mrs. Bhattacharya replied immediately, “Do you think it is justified as other students might find it unfair?” To this, Mrs. Luthra responded, “Yes Ma’am, it is completely justified as there is no other student who can play this role better than my daughter, Latika. She is tall, fair, beautiful, and sincere. She is the best fit for this role!” Convinced by the gift of the gab of Mrs. Luthra, Mrs. Bhattacharya finally selected Latika for the female lead of the play.

“Sometimes, the one who teaches equality, justice, and equity in classes is seen promoting nepotism!”

Another day, Mrs. Luthra had to select four candidates for the declamation contest. Like always, she did select the same four students who had already won so many laurels in the contests such as recitation, declamation, debate, etc. The teacher, who always taught the students “Higher the risk, higher the gain”, couldn’t apply this school of thought to her actions and decisions. The students who had never participated in any competition maintained the status quo owing to the dearth of opportunities. The confident students continued to gain more confidence while the introverts were on the verge of losing their existing zeal with each passing day. The silence in the room spoke galore about the discriminatory practices prevailing at such a minuscule level!

“Sometimes, partiality crops up in the learning environment itself that makes the learnings futile!”

Five years later, Mrs. Luthra got retired from her teaching service after 35 years of long career. Now she was 60 and completely idle. She decided to enjoy her remaining life to the fullest. She decided to join a dance academy as she had always been good at dancing and that gave her the ultimate bliss. She finally joined the ‘Mudra’ Dance Academy at Vikas Puri. ‘Mudra’ Dance Academy was very famous for its experienced dance trainers and the diversity of dance forms taught.

Finally, it was the day of her first class and she met her dance trainer whom she recognized by face. The dance trainer very quickly touched her feet and said, “Hello Ma’am. How have you been? I am Deepshika Chatterjee. You taught me Economics when I was in Class XII. Hope you remember me?” Mrs. Luthra replied very candidly, “Yes! I do remember you. Do you take these dance classes?” Deepshika said, “Yes Ma’am. This is my dance academy and I teach Kathak and Bharatanatyam here. Which dance form do you want to learn? Completely startled on hearing this, Mrs. Luthra said, “I am amazed by your career choice. I always thought you would be an Economist or a Chartered Accountant. This is a complete surprise for me. By the way, I would love to learn Bharatanatyam!” Deepshika got excited and said, “That’s awesome! I am so ecstatic. Like I told you before also, I had always been interested in a creative field, and hence, I pursued my passion!” Mrs. Luthra was taken aback and she felt a little anguished on thinking the cliché career options she had always discussed with her students throughout her career, and never motivated them to pursue their interests!

“Sometimes, life swaps the roles of individuals. Once a teacher was now a student; while once a student was now a teacher. Age is actually just a number!”

After three months, the preparation for the much awaited ‘Annual Event’ of ‘Mudra’ Dance Academy was round the corner. Deepshika herself took all the responsibilities on her shoulders and pulled off the practice sessions quite well. While Mrs. Luthra was one of the participants, she was constantly observing the way Deepshika was handling everyone and taking concrete decisions along the way! Deepshika gave complete liberty to her students to choose the acts they wanted to be a part of according to their preferences. Deepshika asked Mrs. Luthra to be in the front to give an impetus to her confidence and morale. At the same time, Deepshika asked her real sister to take a position at the back owing to her inability to perform a few steps correctly. While Deepshika was instructing everyone, Mrs. Luthra was quietly observing her and got spellbound by the fairness reflected in her behavior. Deepshika silently taught Mrs. Luthra how to shun nepotism, how to involve every interested student in the act, and above all how to encourage students to perform better rather than not giving them a chance at all!

The dance classes of six months brought about a radical change in the thoughts of Mrs. Luthra. She thought her actions to be imperfect while she was working as a teacher. She wanted to undo her decisions but it was too late! She not just learned dance from Deepshika but also got inspiration from her to truly direct the students by encouraging them, letting them participate in a plethora of activities, and above all motivating them to be what they aspire to be!

“Sometimes, a long career also fails to bring realizations while sometimes even a short stint can teach a zillion lesson!”

Completely overwhelmed by emotions, realizations, follies, and guilt, Mrs. Luthra visited ‘Arjuna Sr. Secondary School’ on the occasion of children’s day and shared the inspirational story of Deepshika with all the students of the school. She urged all the teachers to focus profoundly on extra-curricular activities aligned with the interests of the students. She suggested the school authorities to give a fair chance of participation to all students as schooling is that phase that can either shape the talent or else can lead it to some other direction, rendering it in vain!

It is the need of the hour for all the teachers (especially the older ones!) to not just focus on academic content but also understand each student comprehensively and motivate him/her to pursue what they are good at! This will surely help in preventing the existential crises that most beings face during their adulthood, especially on grounds of their career choices!

“School teachers can affect the students to their core,

By nurturing their personalities and not just their score!

The game can be made different if the change is brought at the school,

By making the students educated, empowered, confident, and cool!”