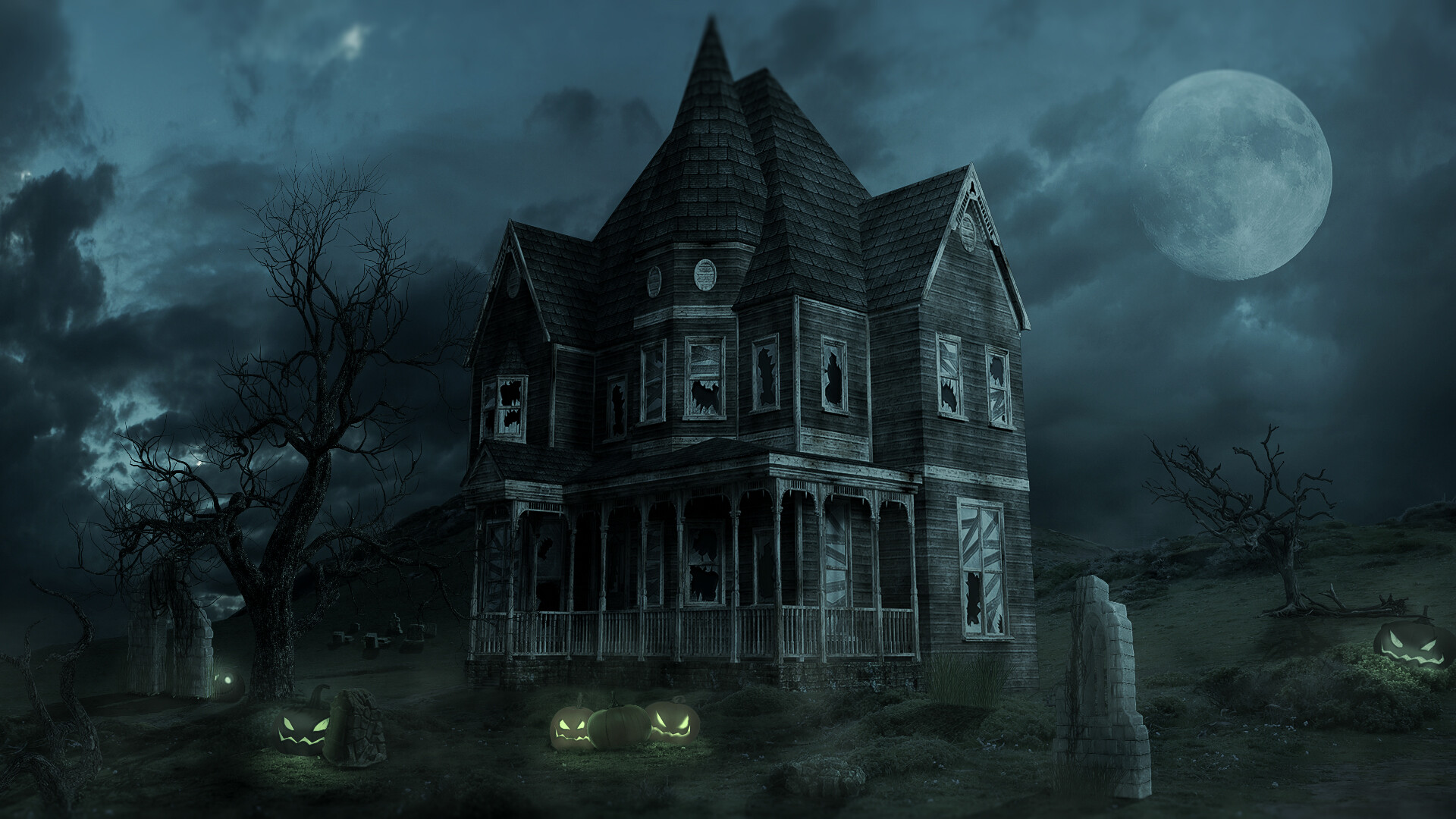 The night seemed dreadly, it wasn’t calm and serene. I lay in my bed trying hard to sleep, but sleep felt a distant dream. I switched on the television, browsed through different channels, nothing really seemed interesting. I switched it off.

It was past 12AM a pack of dogs is howling in unison, as though they were narrating a horrifying story. I suddenly heard a creaking sound of our front gate. I brushed it off thinking it was an illusion. After a few minutes there were repeated knocks on the door, and the doorbell kept ringing simultaneously. I was scared to open the door at midnight, and was petrified with the events that were happening. And strangely the howling of the dogs had stopped abruptly. Slowly, I made my way towards the main door and peeped through the peephole, there was nobody. I was absolutely horrified. I switched on all the lights pulled my blanket on and kept chanting Hanuman Chalisa, still there was no respite.

2.30 AM
Suddenly the rocking chair in the living room started to rock to and fro, I was aghast and my throat had dried and every cell in my body wanted water to replenish themselves. My voice had gone dumb. Suddenly the vintage gramophone started playing…. chura liya hai tumne jo dil ko…… chura liya hai tume jo dil ko. The rocking chair was still going back and forth. I tried burying myself in the pillow, I wished I had fainted. So many things kept unfolding, but there was literally no harm caused to me. I had become a mute spectator of the pleasant horror happening around me.

The music was still playing, but the rocking chair had stopped rocking. I felt somebody was climbing the stairs, nobody could be seen, but footsteps clearly heard. Now there was silence again. The gramophone had bluntly stopped the song as though sulked, and everything was standstill not even a single motion.

4 AM.
Dawn was just a little away. I was terror struck and out of exhaustion sleep took over me. It was 9.15 my phone kept buzzing unstoppable. I had made few calls at my parents and friends which they didn’t receive then. But now they frantically kept calling me.

I woke up with a headache, and felt dizzy. True, it was yesterday nights horror hangover. The first thing I did was spoke to my anxious parents, didn’t panic them with yesterday’s events, but told, after freshning up, I would call them. I was baffled and in anguish didn’t know what I saw yesterday, was it a dream or a reality. Unfortunately, it wasn’t a dream, I witnessed it all with my naked eyes. I felt somebody is staring at me sitting on the rocking chair, but there was nobody. I couldn’t think any more my brain was fogged and not responding to me.

I wanted to go away from this house, so-called up my friend Divya informed her, I would be visiting her house in sometime and hung the phone. I booked a cab to her location, quickly changed my dress and rushed out locking the door. As I locked the door a strange fragrance filled in the area, waiting 10 minutes for the cab seemed eternity.

Divyas house was 12 kilometres away from my present location. I wanted a strong mug of coffee alongside some good sleep, to cool my mind and brain. I still felt light-headed and feverish.

After a good 45 minutes ride I reached Divyas apartment. She was shocked to see me in my present state. My eyes were red and droopy, I was literally dishevelled with hair not perfectly in a bun, and my clothes wrinkled. As I always used to be petite and in best outfits. The moment I saw her my tears welled up, I hugged her and started sobbing, she led me in and offered me water. I narrated the entire ordeal to her and her parents. They didn’t know how to react. Her mom wiped my tears, cupped my cheeks and gave a comforting warm hug. It was very soothing. Her mother served breakfast and later a strong cup of coffee, which calmed my nerves. My head was still hurting, I popped in a pill, and took a nap. After sleep, I felt little better my senses were coming to normalcy, the next big thing I did was call my parents and recounted them on yesterday nights events. My parents were disturbed as well as distressed after hearing me. They said they would be seeing me the next morning and instructed me to
stay at Divyas house itself, for which I agreed.
Divyas parents enquired about Gulmohar Villa with their friends and acquaintances. And some strange facts and rumors were heard from them. The house belonged to Manohar and Rasila Ben. Manohar grew up in the same house and Rasila Ben married him and moved there. They were a happy couple, and enjoyed their affluent status. But they were childless, this fact didn’t Mar them, they enjoyed their life to fullest. After Manohar passed away of illness, Rasila Ben managed the business, and devoted most of her time to greater cause of helping the society. But one fine day she just disappeared, neither she was traced, nor they found her body. Police did their best but there was no clue and the file closed, her missing still remains a mystery. And now the house and property are taken care by her cousin. Many tenants came and left the house within a short time span. And it is rumored that the house is haunted. And they hear strange sounds at night and every new moon night music is heard. I muttered in between, the chair rocks too, and the gramophone sings Chura liya hai tumne jo dil ko…. Chura liya hai tumne jo dil ko…
‘So, was it Rasila Ben yesterday’!?
And Divyas mother was quick to add, ‘yesterday was a New Moon Day too’.
Silence filled in Divyas living room, their parents had goosebumps, and I was sweating. We later moved for lunch. My parents on the other hand consulted our guru who straight away told us to vacate the house and look for different accommodation. My parents were calling every hour to check on me.

The next day, my parents came to Divyas house taking an early flight. Without wasting any time, I, my parents, Divya and her parents went to Gulmohar villa. As we entered, we were welcomed by a strange fragrance, they noticed it too. I had to pick up all the belongings, there weren’t many yet, it took a while for us. By evening, everything was done we bid adieu to Rasila Ben’s Villa. Before I left, one last time I looked at the beautiful house which had a special place in my heart for its mesmerizing architecture, garden and the vintage feel.

My parents and I shifted to a hotel for a few days until we made new arrangement. Luckily in Divyas neighbourhood a flat was vacant, and I moved in there after a thorough check and research. I still get nightmares and wake up with horror, but every time I hear the song, Chura liya hai tumne jo dilko, my heartbeat raises and it reminds me of Gulmohar villa, the unique fragrance and of course Rasila Ben.