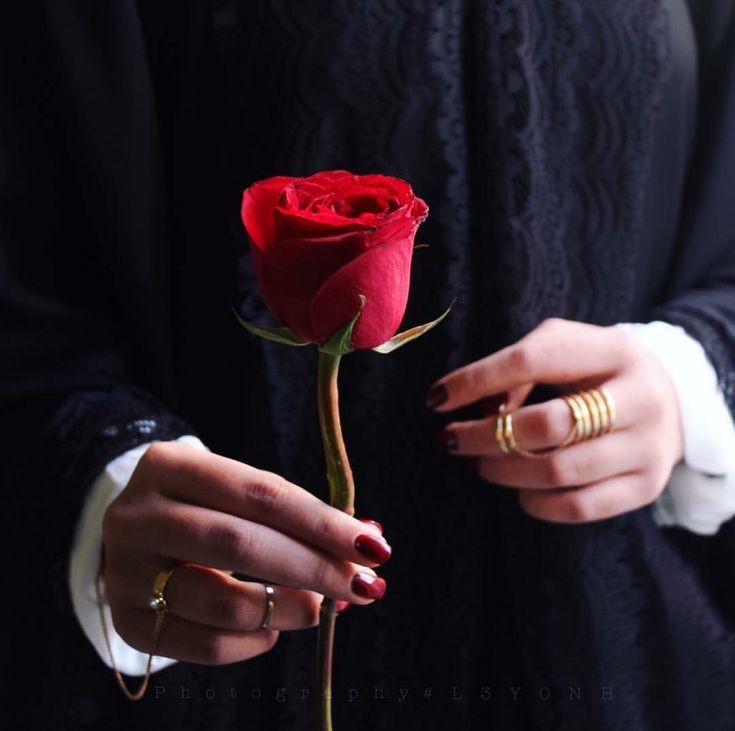 “That was the toughest paper I’ve written my whole life,” Kiara breathed.

“Was it? Well, it was easy for me,” Palak replied.

“Yeah, you stayed up all night. And refused to come out of the dorm for two weeks. Of course it was easy for you.”

This was actually the easiest paper Palak had written. She was glad the seemingly stupid exam was over already. All she wanted to do then was to get some rest. She felt like her eyes would close any minute.

Palak was intelligent, but she didn’t need the intelligence. She needed popularity. She wanted to be like Kiara.

She started to walk to her dorm, Kiara following behind her.

There were in total 4 people in the dorm, two of whom she never spoke to. Kiara was her only friend in the dorm and the school. Yeah, she wasn’t really the “party animal”.

In fact, people feared her. She assumed it was because she kept to herself most of the time, sat at the corner of the class, and wore all black. This… Goth girl, she was.

She blamed it on her so-called “mother”. She treated Palak like trash and sent her to this school, but that was a different thing.

Palak was greeted with a dustbin- now filled with packets of coffee- when she opened the door to the dorm.

“You’re going to sleep?” Kiara asked, throwing her bag on her bed. Her bed was a few meters away from Palak’s: their beds lay at complete edges of the room, while in between lay two other beds for the other girls.

“What do you think?” She said in a low tone. Kiara hummed when she saw Palak lay down on her bed.

“You need rest. I’ll be in the common room. Call me if you need anything.” She held her phone up and smiled at her. “Good night!”

Kiara was quite the opposite of Palak. She was popular in the school. Seniors loved her. Juniors adored her. People her age followed her. So thought Palak.

What Palak liked about her was no matter how cold Palak was to her, Kiara still hung around.

Palak wasn’t able to fall asleep. She drank 5 cups of coffee this morning, what did she expect. She swore she could sense her eyes closing earlier. Might have been her mind trying to convince her to fall asleep.

An hour later, she was still awake. Knowing she wouldn’t be able to sleep anytime soon, she decided to buy herself some snacks. Palak wobbled her way to the canteen. She met Kiara there, sitting all by herself.

“Why are you alone?” Palak asked her.

“I felt like being alone for once,” she responded.

“Can I sit or do you want me to leave you alone?” Palak was considerate, but she never showed it. Never, but her best friend was an exception.

“I said I felt like being alone. You’re basically a part of me, Palak,” Kiara said. “You’re like a sister to me. Of course you can sit.”

“Are you alright?” She grabbed a chair and sat down in front of Kiara.

“Yeah, I’ll sleep in a while.” She searched for reasons to continue talking. “Um…what happened to the basketball team selection? Did you get in?”

“Glad you asked. I did, in fact. Practice starts from Monday.”

“That’s great then!” Palak jumped, excited for her only best friend. People stared at her weirdly.

“What do you mean?” She sat back down.

“I’m not all that excited, to be honest. At least not as excited as I used to be. I think Basketball was just a phase.” Kiara looked uncertain.

“Are you serious? You’ve been a fan of basketball for so long! Heck, you even have pictures of Michael Jordan and Kobe Bryant all over your side of the room. You are not going to give up that easily.”

She smiled gratefully at Palak.

“Maybe give it a try, yeah? Who knows, you might end up going all crazy for it again.”

Kiara gave her a firm nod before side-hugging her.

They sat in silence for some time, until Kiara decided to break it.

“Why did you come here?”

“I heard there’s a new type of sandwich, ‘avocado toast’. You might want to try that out. People say it’s good.” She said to her.

“Okay, I will. You think about the basketball practice, alright?” Palak waved to her before heading to the counter section.

She felt shivers on her skin when she opened the door to her dorm. There sat the woman she never wanted to meet again, at the edge of her bed, her mother.

Her mother scowled in response. “Outsiders, you say. You must have forgotten I teach in this school.” She taught the juniors so they never actually crossed paths.

It had been almost two years since they had met.

“You didn’t answer my question,” Palak pointed out.

“Let’s talk, yeah?” Her mother tapped the space beside her, gesturing for Palak to sit. She didn’t. Palak stood at her place.

Her mother let out a soft sigh before nodding.

“Will you come back to us? We can start afresh, leave this country.” Her mother said.

“What do you mean?” She frowned.

She took a deep breath and smiled.

“Your dad came back home.”

Palak was shocked. That was physically not possible.

“Are you fine?” Palak asked with a straight face.

“How dare you say that about your father?” She fumed. “He’s right there.”

Palak looked behind her, to where her mother was pointing.

Her father stood at the door, visibly hurt. He held two croissants in his hand and one in his mouth.

“No,” Palak whispered. “This can’t be happening. I must be dreaming.”

Her father came closer and was about to touch her when she backed away.

“Stay back! You’re not my father.”

Her mother inched closer too.

“Go away! Both of you.” She held her head. She felt like it would burst anytime. The loud beeping noise in her ears made it worse.

“Someone call the ambulance!”

The voices around her grew dull as her eyes shut.

She tried to open her eyes to see a few people leaning in to see her but she felt she could only flutter her eyes.

“How are you feeling now?”

“Mom and dad, where are they?” Palak muttered, but Kiara heard.

“What’re you talking about?”

“Where’s mom and dad?” She repeated.

“Palak is seeing things,” her English teacher was talking to the nurse.

“They were right there, in the dorm. I could see them and touch them!”

“Yes, looks like It was Palak’s hallucination,” Kiara heard the nurse tell the English teacher calmly.

“Maybe it was my hallucination,” Palak said to herself.

Kiara hugged and stroked her back.

“I’m not leaving you alone in the room ever again,” Kiara’s voice soothed Palak.

“Are you alright now?” Kiara asked that night, helping Palak walk to the canteen for dinner.

“Yes, Kiara. This is the fifth time you’re asking since we came back.” She rolled her eyes playfully.

“I can’t help but ask.” She shrugged and went to get their food trays while Palak stood awkwardly in the middle of the canteen. People shot her looks and whispered things about her, but she didn’t care at that point.

And two months later, Palak was grinning to herself like she was crazy. In front of her stood her favorite person. Kiara held a gold trophy, written on it in bold was ‘Women’s basketball championship- first place’.

Palak squealed and hugged her tight. A bit too tight, because she groaned under Palak’s embrace. She let go and Kiara coughed.

“See? I knew you could do it. Basketball was just a phase,” Palak imitated. Kiara shook her head and laughed.

“So we’re calling nicknames now? I’m going to call you rose.” Kiara patted her shoulder as a proud father would.

“Well, you’re really pretty to me. But others only see your thorns and stay away from you. I see your petals and accept you for your thorns. You remind me of a rose.”

They walked to class together, wrapping their hands around each other’s shoulders.

“That was the most exciting story I’ve heard in a while,” one of the kids said. The others agreed.

“Did it really happen to you, ma’am?” Another asked. Palak smiled as they got up to eat dinner. It was past their bedtime but they were way into the story to even notice.

Palak was teaching in an orphanage. She didn’t want the kids to experience what she did when she was about their age.

She scrambled away from the children when she heard her phone ring.

“Hello?” She asked, picking it up.

“Hello?” The voice sounded so familiar.

“It’s the flower shop. You had ordered roses from us. You said it was for your best friend.”

“The flower shop? ah, right. I did order roses. When, exactly, did I order them?”

“This morning. You said you would collect it in the afternoon. the voice answered.

“Sorry I forgot about it. Is it possible for you to courier it to me? I will send the address right away, and the payment.

Palak cut the call with a groan.

“What are you thinking, Palak ma’am?” One of the kids asked her while she stood at the door of their orphanage.

“I’m just waiting for Kiara to come. She said she would visit you guys tonight. Also, you guys must wish her, alright? It’s her birthday today,” Palak said excitedly.

“Yes we are! I think it was destiny, we had to meet someday.”

“When will Kiara ma’am come, you said? Now that you’re talking about her so much, I’m excited to meet her,” A kid, grinned.

“She’ll come just in sometime- wait, you guys meet her every day. Why are you speaking like you’ve never met her? She gives you all brownies,” Palak said. The kids looked confused for some reason.

“Ah, here she comes again. Hello, Kiara!” She waved to the best friend of hers.

“Whom are you waving to, Palak ma’am? There’s no one there. And aren’t you the one who gives us brownies every day?”

An estimated 150 million people live with Dissociative Identity Disorder. The disorder, otherwise known as DID, is a mental health condition, where people with the condition have two or more separate identities. Each identity has different histories, likes and dislikes and traits. Although treating dissociative disorders can be difficult, many people learn new ways of coping and lead healthy, productive lives.