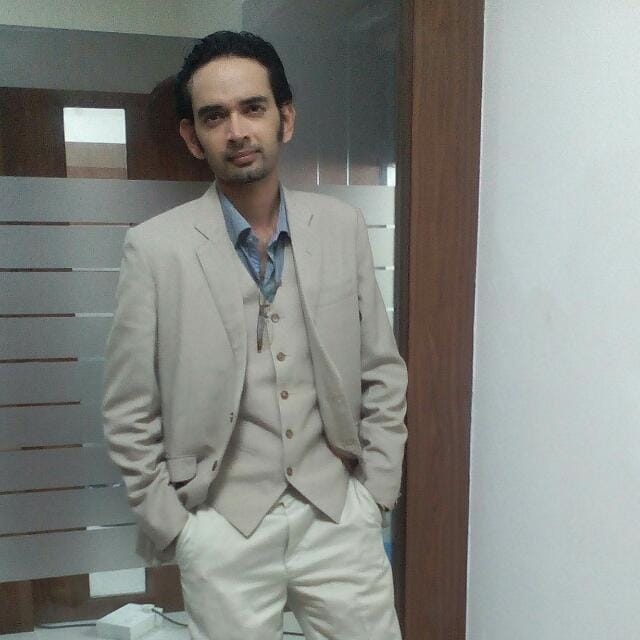 It’s just a story that might happen to anyone anytime. My life was pretty stable, a committed beautiful relationship, a good job, good extracurricular activities, and then it happened or to say it never happened.

As usual, I would go to my office, complete my work and come home. It was just another day when there was an event at my office premises. Loud cheers for the participants and then there was the winner. In between all that chaos, even I was clapping my hands though I lost out on the competition front. No Problem, I said it’s a part of life. But, something was meant to turn my attention behind me. It was a smile from the other end, an acutely dressed girl was smiling at me. I thought it was for someone else so I just turned around to see if it was. But, those pretty eyes were enticing on me. My mind said maybe she had liked my song or maybe she was laughing at me. Anyways, I smiled back and left. I did not think about it much as the day was over.

The next day I came to the office as usual and started my work routines and there she went looking at me continuously. This episode went on for a few days till my mind started thinking as clueless as I was. The wavering of the mind had started but still, I remained in my consciences. I enquired with some friends what her name was and where she stayed. It was maybe just for my knowledge. Who thought at that moment what the future holds? The next few meetings were accidental like while walking along the office corridors or while boarding the cab back home. The eyes had started meeting slowly and smiles were in the form of gestures. There was no conversation in words yet as months passed by. The heart had started giving signs of the illusions that we’re going through my mind. Was it love from both ends? I didn’t know. We both were in a committed relationship respectively.

At first, I used to think it was just another day but things were changing. One and a half years had passed but no one of us either had struck a conversation. Maybe it was for the better but who could control the mind. I just wanted to see her once and those meets were getting accidental or a fact just a mere coincidence. These were the questions to be answered. I was good at scheduling social programs at my office and there were the first sparks of a conversation in the form of a Blood Donation Card. The ice was finally broken with a five-minute dialogue. Again, the eyes met strongly this time. Yet, the next few meets were again accidental. Maybe none of us was either wanting to go forward or maybe the minds were on different platforms but even a small accidental meet a day was enough to make things end on a prettier note. Days and months passed by till finally there was a small brush amongst both of them. Was it accidental or with purpose? No idea. She was just walking through the corridors smiling at me and she fell in front of me with her hands brushing mine and I caught her from falling. She got up said sorry and left. While going, she turned back to see if I was watching her go. And there it was, the moment she saw me looking at her those eyes met for a few seconds and she left away with her beautiful dimpled smile.

Was it love or just an infatuation? Many questions were left to be answered but it felt good when either of us met accidentally. No one from my circle knew what was cooking except an odd friend who knew everything going around. Her name was Alisha. As beautiful as her name was her beautiful dimpled smile made the day better. A thousand thoughts were pouring in each day till it was her last day at the office. There came the last mail of her Good Bye and my mind was elsewhere. Just as the mail was marked, she came smiled, winked her eyes, and gave me a sweet goodbye. I keep thinking about this episode and smile at myself maybe she left for the better. But, she left with many questions which still hit my mind. Without any conversations, there was an instant connection between her and me. At times, you just require that small touch or a fleeting feeling for someone and you never know how life changes. To sum up, I would say, she was ‘ A Smiling Stranger “ who came like a beautiful wave without lashing on me, kept me afloat, and left when it was required.